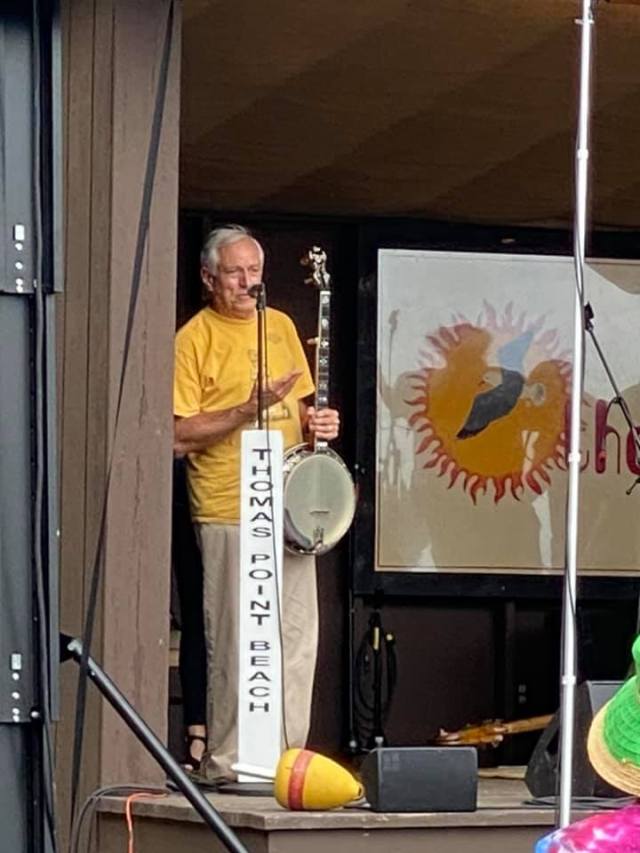 The Bluegrass Music Association of Maine congratulates Rich Stillman, the high bidder and now proud owner of the FOX Banjo! Thanks to all who participated in the online bidding for our first online auction event. Special thanks to Grace French for her kind donation of Bob French’s banjo made with Jimmy Cox tone ring and parts. And to the BMAM Board of Directors who put so much work into making this Fundraiser a great success!

RESERVE PRICE: $750.00 (If bidding ended before the reserve is reached, the BMAM reserved the right to retain ownership of the item.)

Bob and Grace French were important early participants in the New England Bluegrass music scene.  Bob was one of the first New England Scruggs-style banjo pickers; starting in the mid-1950’s he taught himself from available recordings in a time when other instructional materials were simply not available.  Bob and Grace lived much of their early lives in Massachusetts, but eventually he and Grace settled in Cambridge, Maine.

Bob and Grace French played all over New England with their own band, the Rainbow Valley Boys.  In addition, Bob was also one of the original members of Joe Val’s New England Bluegrass Boys

Like many Banjo players, Bob tinkered with his instruments.  What banjo player can resist tweaking a few of those nuts or bolts, or sometimes swapping out some factory parts for a hot new tone ring, all to get that killer tone? But Bob did more than tinker; he is known to have made or assembled probably a dozen or more instruments.

Bob usually started with a “factory second” banjo neck from Jim Cox’s shop; these would typically be a neck with cosmetic or other defects that Jim did not intend to put on one of his own models.  Bob would change the lettering on the headstock, substituting an “F” for the “C” in the Cox logo on the headstock.  Bob acquired other banjo parts from various sources; some might come from Jim Cox directly, with other parts perhaps from Stew Mac or other vendors.  Other parts may have originated on other instruments that Bob had previously owned.

After Bob’s passing in 2016, Grace donated two of Bob’s “Fox” banjos to BMAM; the first was raffled in 2017; the winner was BMAM member Steve Davis.  The second banjo was rougher and had less “curb Appeal”; this banjo was included in the BMAM Instrument Loan program, which terminated in late 2019.

Our last “Fox” banjo, has excellent “bones”, but it also had some substantial appearance issues.  The neck was very rough, with issues in the finish and binding.  It is made from a beautiful piece of highly-figured tiger maple, with the ”Hearts & Flowers” inlay pattern on an ebony fingerboard, and it is straight.  The resonator, also highly-figured maple, has some buckle rash.

The Fox banjo’s rim, resonator, tone ring, and other Cox parts were all top-quality standard stock from Jim Cox’s shop; other parts from other sources were also first rate.  The tuning pegs, with dark amber buttons, are unusual and very attractive.

The instrument clearly has been heavily played; the metal patina and ‘buckle rash’ are a dead giveaway to heavy use.  Bob is known to have had other high-value banjos, but this Fox Banjo was certainly played on many occasions.

To get the banjo in great shape, we engaged Glenn Nelson, a first-rate luthier, and a banjo specialist, co-owner (with his wife, Barbara,) of Mockingbird Music, in Berlin, MA .

Glenn has made banjos, as well as guitars, and is a banjo player himself.  He has been a vendor at both Joe Val and Ossipee, as well as other festivals, for many years.

This is partial list of the improvements Glenn has made to this banjo:

“Cleaned all metal parts; removed a lot of the tarnishing, did not overly brighten it

to maintain its authenticity; cleaned and buffed all wood finish; tightened loose

Glenn has done a wonderful service for us!  The instrument is now noticeably improved cosmetically, is in tune, with good string action and intonation — no buzzes — ; has new strings, a new bridge, improvements to the fret board, and other important upgrades. The new strings, the Snuffy Smith bridge, and head tightening along with other improvements have, in my opinion, produced a banjo that has a good, and potentially serious Bluegrass tone.

BMAM is auctioning off this one of a kind storied instrument.  We hope it will find a buyer whose interest in the instrument is enhanced by its history as an instrument made and played by one of the founders of New England Bluegrass music. 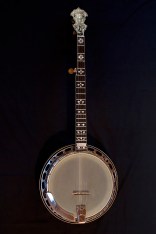 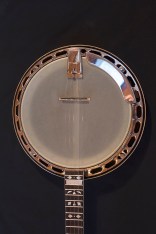 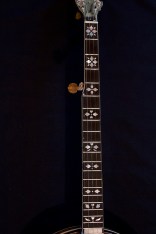 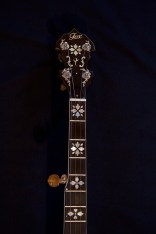 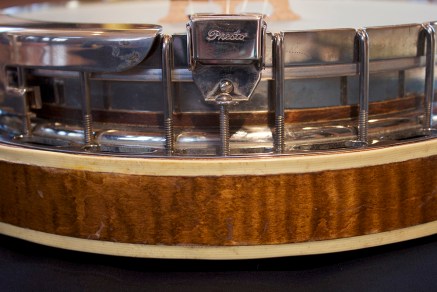 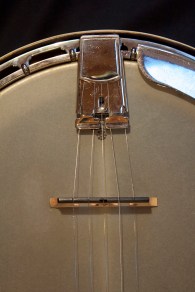 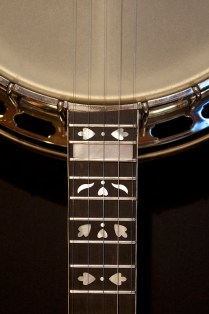 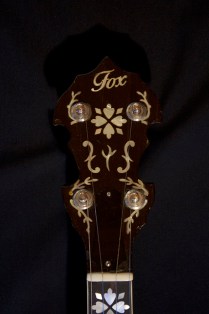 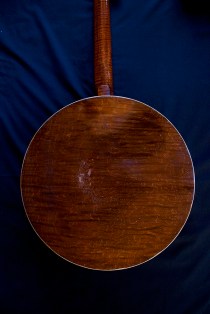 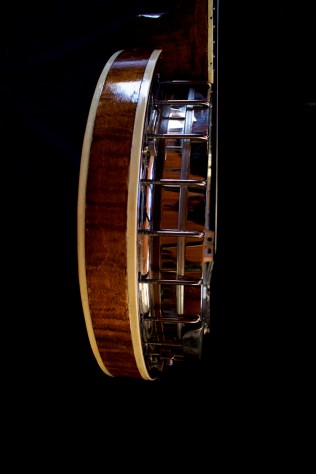 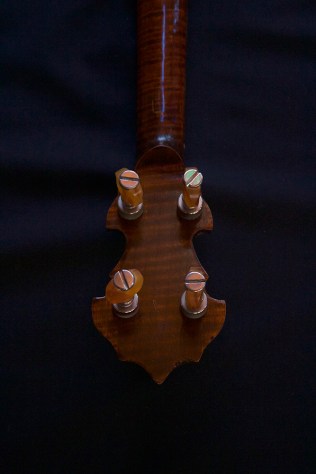